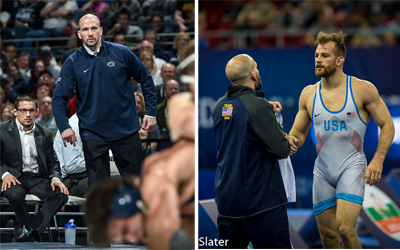 Nittany Lion Wrestling Club Olympic Regional Training Center and Penn State Wrestling Coach Casey Cunningham was recently announced as the winner of the prestigious 2018 Terry McCann Award as USA Wrestling Freestyle Coach of the Year. The NLWC would like to thank Coach Cunningham for all of the time and effort he has put into developing the Club's wrestlers. He has been instrumental in the development of the many, many NLWC wrestlers who have enjoyed tremendous success at both the National and International levels