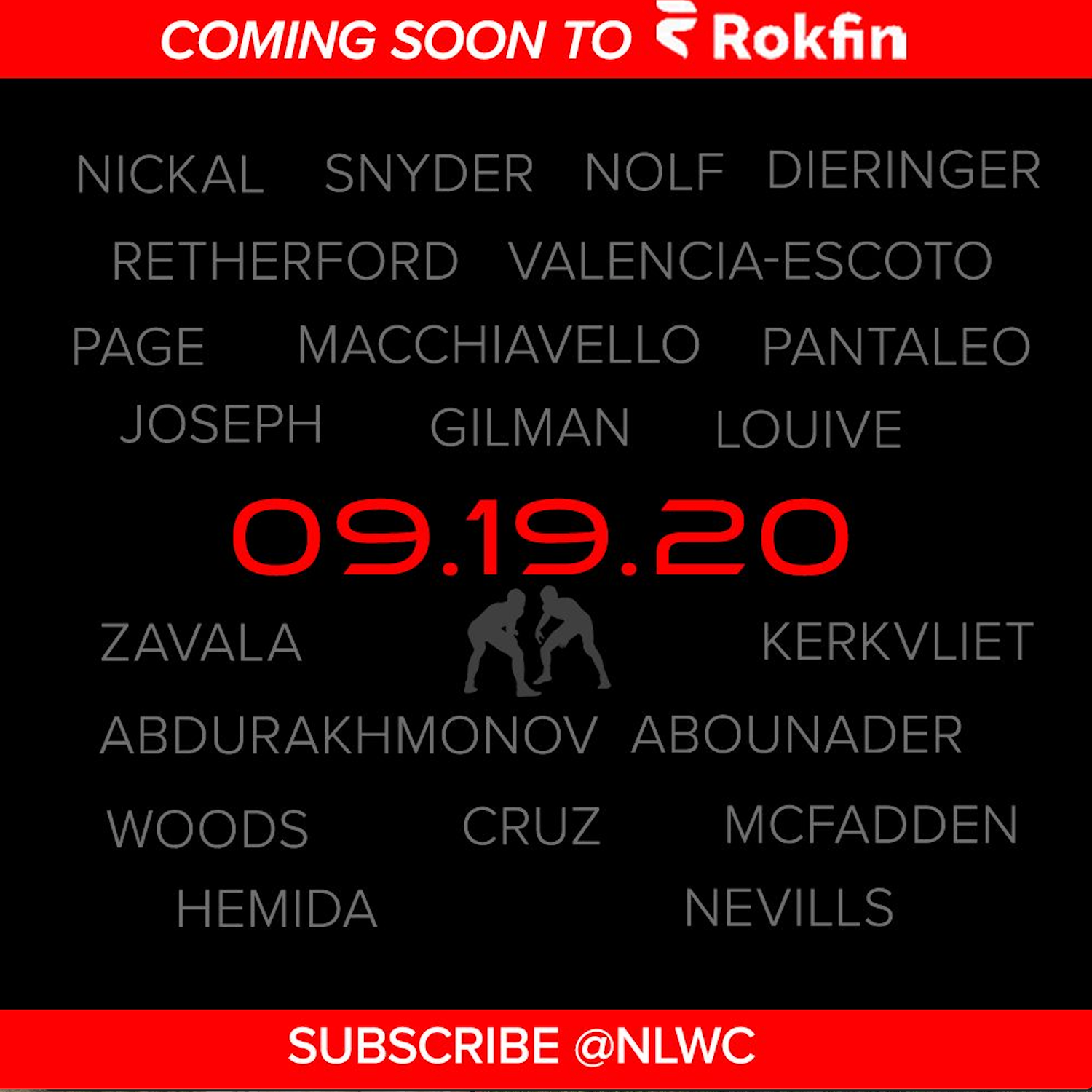 Over 10 freestyle match-ups set to stream live on Rokfin

UNIVERSITY PARK, Pa.; September 1, 2020 –  The Nittany Lion Wrestling Club (NLWC) will host a freestyle event on Saturday, Sept. 19, in an event available exclusively online. Upwards of 15 premier match-ups of some of the nation’s top freestyle wrestlers will compete, without in-person fans, live in an event available on Rokfin. Action is set to begin at 8 p.m. Eastern.

A full slate of NLWC wrestlers will wrestle and the list of wrestlers competing and the match-ups on tap is extensive (please note that due to the rapidly changing environment changes to this line-up can occur leading up to Sept. 19).

A number of other NCAA champions will take part as well against competitors to be announced in the coming days. Former Penn State NCAA champion Vincenzo Joseph (NLWC) and Clarion All-American Bekzod Abdurakhmonov (NLWC) will compete as will former Michigan Wolverines Malik Amine and Domenic Abounader.

The event will stream exclusively on Rokfin via the Nittany Lion Wrestling Club’s Rokfin channel.  For information on how to subscribe to the NLWC Rokfin page and view the event, visit https://rokfin.com/NLWC. Rokfin Inc. is a creator-first digital platform that rewards media companies and content creators for the full value they generate. Every subscriber on Rokfin pays $9.99 and can access all channels on the platform.

The Nittany Lion Wrestling Club (NLWC) is a tax-exempt, charitable, educational organization with the purpose of educating and promoting amateur wrestling. The NLWC is supported by the many generous individuals and businesses who donate to the Club through the annual membership/sponsorship campaign, the annual golf tournament and other fund-raising efforts. The Nittany Lion Wrestling Club's goal is to be the premier wrestling club in the United States, and the NLWC is well on its way to achieving this goal.

USA Wrestling, the national governing organization for the sport of amateur wrestling, has designated Penn State University as a U.S. Olympic Regional Training Center with practices held in the Penn State Wrestling Room in the Lorenzo Wrestling Complex. The NLWC supports wrestling at all levels but focuses on the Olympic Development of the athletes who train at the Club's Olympic Regional Training Center.